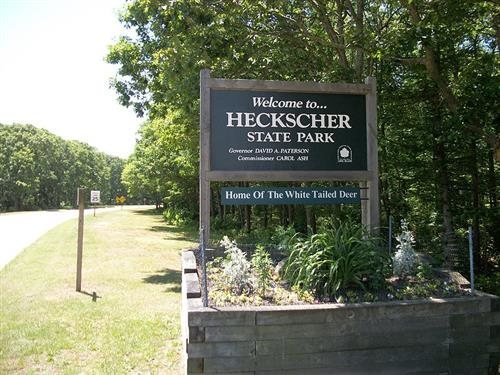 The Plum Estate was once owned by J. Neale Plum, a wealthy merchant who in 1899 shot and killed a man he believed responsible for creating a rift between himself and his children. Alexander Masterton, Jr. was shot five times by Plum; Plum’s actions were discovered, but he died of strep infection before standing trial.

Today the estate is a state park, and its central building’s foundation has been relocated, but reports of ghostly activity are still prevalent at its original location in what is now Heckscher State Park. The sound of a horse is often heard along a nearby trail, despite there being no horse present, and some people feel as though they are being watched when walking that very same trail.

Heckscher State Park was once the estates of George C. Taylor and J. Neal Plum and consists of 1,600 acres on Long Island's South Shore. It's used by park visitors for an array of outdoor activities, including picnics, sports, bicycle rides, walks and more.

Share Your Experience or Comments - Plum Estate
Get More Info