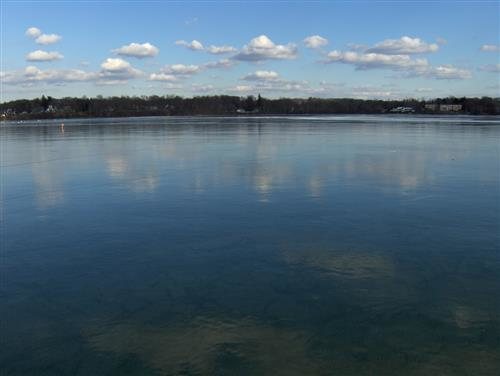 As Long Island’s largest lake, Lake Ronkonkoma could already be a nightmare for those with hydrophobia, but something much creepier than deep waters can be found here. Multiple ghost stories are centered on the lake, including sightings of strange ice skaters on top of the lake. The skaters may seem normal at first, but a closer look will reveal they are all dressed in older-styled clothing, or that the lake is not even frozen.

The more famous legend of Lake Ronkonkoma involves a Native American chieftain’s daughter. This young woman fell in love with a white colonist and was ready to marry him, but their wedding was prevented by outside forces. One version of the story states that the colonist was killed by natives, and another claims he was killed by other colonists; yet another says the chief prohibited his daughter from marrying a white man. Regardless of what actually prevented the wedding, the result is the same. Overcome by grief, the princess rows a canoe to the middle of the lake and ties a rock to her body; she vows to drown one young man in the lake every year and then throws herself to her death. Many have drowned in Lake Ronkonkoma since that day.

Stories say that the lake has no bottom, and is indeed just an abyss of darkness that is endless. As the largest lake on Long Island, it would be impossible for a human being to reach the bottom without assistance since it is 100 feet (30 m) at its southeastern side. Something that feeds into this tale is how the water level of Lake Ronkonkoma seems to rise and fall with no relation to rainfall.

Author of “The Curse of Lake Ronkonkoma,” Michael R. Ebert, delved into these allegations and found that, "One study showed that over 7 years in the early 1900s, the rainfall on Long Island was below the usual average by about 52 inches, yet the lake rose 7 feet."