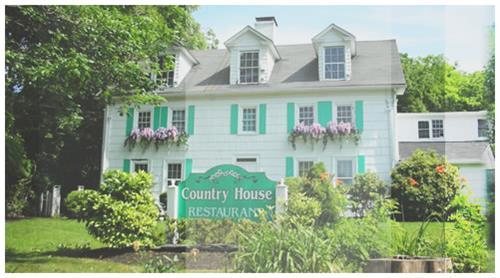 Originally built in 1710, the Country House Restaurant has undergone a great many changes in ownership and purpose. At first it was a family home with an adjoining farm, and during the Revolutionary War it was used to house British troops.

Legend has it that during the war, Annette Williamson was left in the house to look after it by her parents while they went to check on another farm they owned in New Jersey. During their absence, British troops came to occupy the home; not knowing what else to do, Annette let them in without a struggle. The troops eventually left, but Annette was branded a spy by the local townsfolk; those same townsfolk cornered her in the home and hung her from the second story rafters. Her body is allegedly buried in a small grave on the property.

Annette is said to now haunt the kitchen and stairway of the Country House, crying out and draining light bulbs to catch the attention of guests. Onetime owner, Thomas Haddaway, was also said to hold séances in the building, drawing in an unknown number of other spirits.