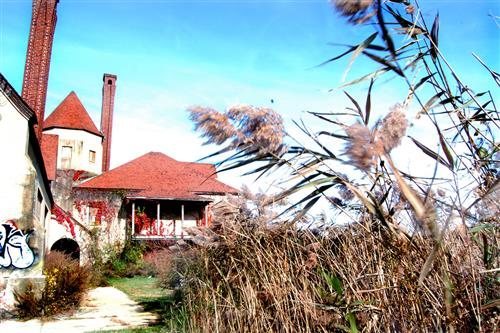 Coindre Hall has served numerous functions in its near-century of existence. Originally it was the residence of a wealthy Long Islander, and its underground tunnels were used by bootleggers during Prohibition. It operated as two different schools in the mid-20th century as well as a summer retreat, and today functions as a catering hall. Visitors have reported seeing ghostly figures dressed in 1930s-styled clothing, as well as man resembling a ‘30s gangster moving about the building.