No Mail Delivery to You Because of Your Halloween Decoration 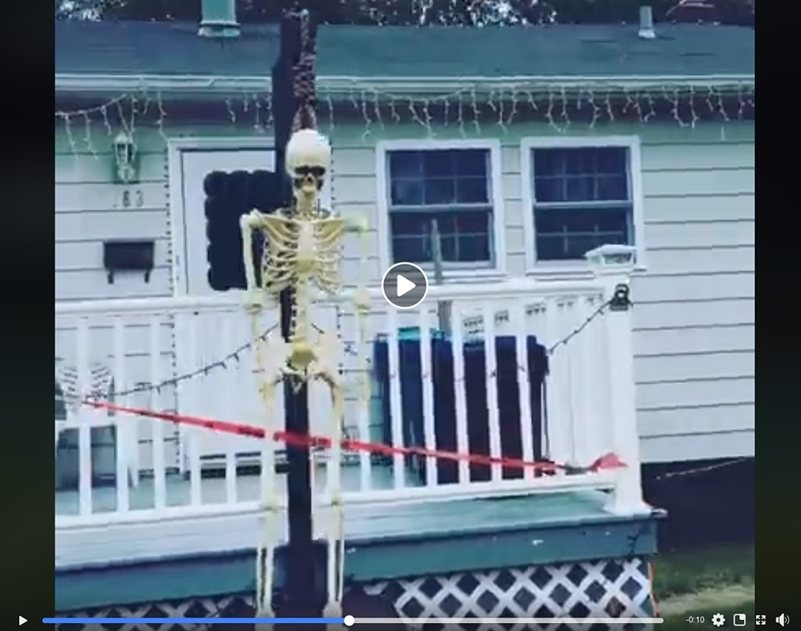 Halloween decoration the cause to no mail delivery for one homeowner
Photo by: Eileen Lehpamer via Facebook

No mail delivery - That’s exactly what happened to one homeowner on Long Island. Brentwood resident Richard Beatty decorated his house for Halloween. His decorations included a noose around a skeleton.

When his mailman saw the Halloween decoration, he was not going to have it. It was seen as offensive to his African-American mailman. The noose is commonly viewed as an offensive symbol of hate.

According to reporting from CBS2, Beatty told the news station, “The postmaster himself came here and knocked on my door and said he was suspending my mail until I took this stuff down, and I said, do what you have to do because I’m not taking it down.”

Beatty went a day without mail delivery after this incident.

According to a postal service spokesperson, mail carriers have the discretion to not delivery mail to a home “based on personal and physical safety.”

Beatty has filed a complaint with the inspector general. He is getting his mail with a fill-in mail carrier in the meantime.

Check out Beatty's Halloween decorations in the video posted by Eileen Lehpamer for News 12 Long Island on Facebook!

Let us know in the comments below what you’d do if you were the mail carrier!