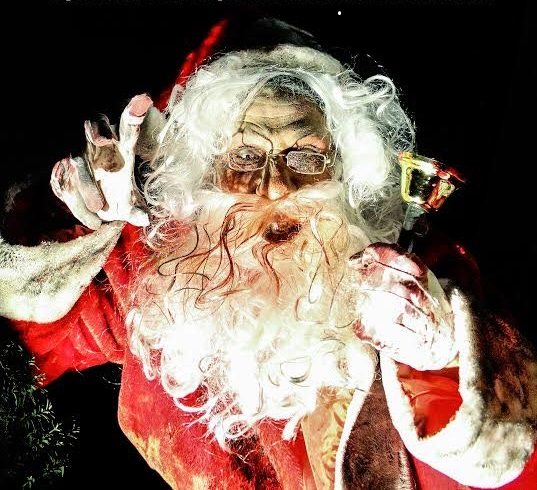 You better watch out!
Photo by: NYZ Apocalypse

December 11th, 2015 - An interactive haunted house is not something you’d think of in December, but NYZ Apocalypse in Deer Park, NY is taking their year-round zombie survival experience and giving it a scary holiday twist with their new event Santapocalypse.

Your mission is to navigate a secret, underground military prison armed with state of the art laser tag technology and eliminate hordes of zombies dressed as shopping mall Santa Clauses and prevent an apocalyptic outbreak from happening.  You and your team are the last stand against this plague and you must stop it and save Christmas.

This sounds like the plot out of an 80’s horror film and adding Santa makes it a little more controversial, but this isn’t a new thing…Christmas and horror go hand and hand, believe it or not.

In 1984 the film Silent Night Deadly Night made headlines for depicting a homicidal Saint Nick slaying those he believed were naughty.

Flash forward to 2010 with the Finnish film Rare Exports, where a group of reindeer herders capture a creature they believe to be Santa Claus but it turns out to be one of his minion elves dresses as Santa to lure naughty children to their deaths.

Today we have box office hits like Krampus and we should expect to see more horror themed holiday shows emerge in the near future as Halloween and Christmas slowly merge.

In the height of the zombie trend and with Christmas around the corner, this is an opportunity NYZ Apocalypse couldn’t pass up and neither could online media.

As cable companies have refused to run their commercial until late at night due to the graphic nature of the commercial, horror movie websites and blogs like Fangoria and IHorror have picked up the story and helped make it go viral. It seems a zombie virus isn’t the only infectious thing about this event.

So, lock and load and get ready, the Santapocalypse is coming and you’re not only on the naughty list…You’re on the menu. 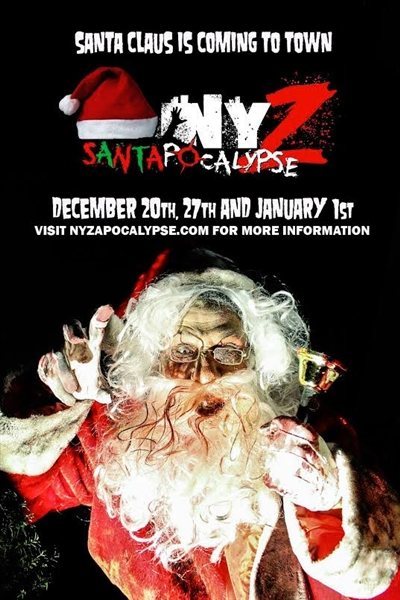