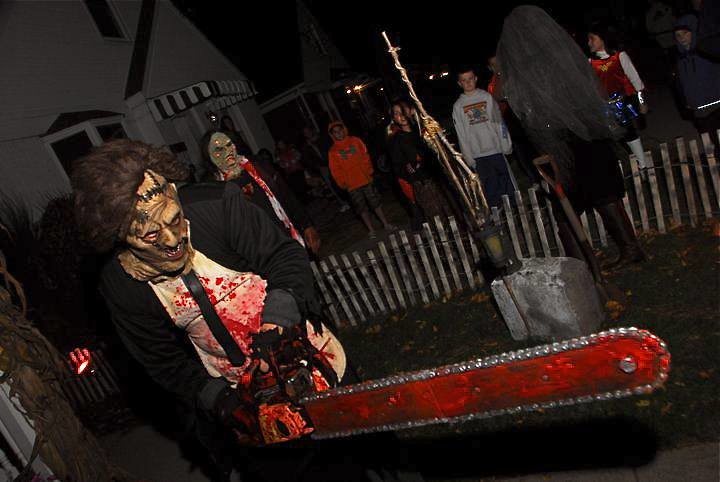 What's new at Joe Allocco's The Franklin Square Horror for 2017? Do you have any new rides, attractions, or special features that Haunt Seekers should know about?

I change the theme of my Haunt every year and like to keep it a surprise until September or October. I like to build the suspense and anticipation for my visitors. But I will say, you're going to love what I have in store for you this coming year! Be prepared to be scared!

What are you most excited about for the 2017 Halloween Season?

I'm always excited about my new themes I come up with and the new ways of terrorizing my visitors!

What differentiates Joe Allocco's The Franklin Square Horror from other local haunts in Long Island?

Although The Franklin Square Horror is a Home Haunt, it is still considered to be one of the best Haunted Houses on Long Island. It has won the Best of Long Island 1st Place Award for 3 years in a row. I think this happens because we don't charge an admission and ask for donations for a good cause. If families can't afford to bring everyone out to a Halloween Event because it may cost too much, then they come to my Haunt and get a free scare or two... or three... or....

2016 makes 20 Years of FEAR. My Haunt started out for my Love of Halloween and when FEARnet.com told us we were chosen as one of the 31 Scariest Home Haunts in America it became more of an obsession for me to improve and add to it every year! When I saw how many people loved and appreciated what I was creating... I didn't want to let anyone down. People were making it a Tradition to visit every year with their friends and family and I didn't want to disappoint them. When I put a donation bucket out for Autism and Cerebral Palsy (which my son Joseph Tyler is Afflicted with) and I saw the response of how caring and giving they were, well, it just too kind the Haunt to a whole other Level. Tradition, Family, Friends and a great cause is what it's all about now!

The faces of our visitors. The excitement of the night. The donations we collect for Autism and Cerebral Palsy. The love of a Tradition I created for everyone to enjoy and share with everyone. And finally... the expression and appreciation of those organizations I give the donations to.

How long is a typical haunt experience at Joe Allocco's The Franklin Square Horror from start to finish?

The Haunt lasts about 5 to 7 minutes of PURE adrenaline pumping FEAR, but terror begins while waiting on line to get in. The Chainsaw wielding Maniac known as Leatherface greets those waiting to get in with his 4 foot long chainsaw! Many other ghouls, monsters and maniacs also entertain those waiting, so it's a lot longer than I mentioned as the anticipation and anxiety begins.

On a scale from 1 to 10, how scary would you say Joe Allocco's The Franklin Square Horror is? Why?

Depending on "who" enters the Haunt is how the scare factor works. If it's young kids with their parents, the scare is toned down a little by my live actors. Probably a 6 or 7 when young ones are inside. But the teenagers and adults get an overloaded dose of 10! All out terror! 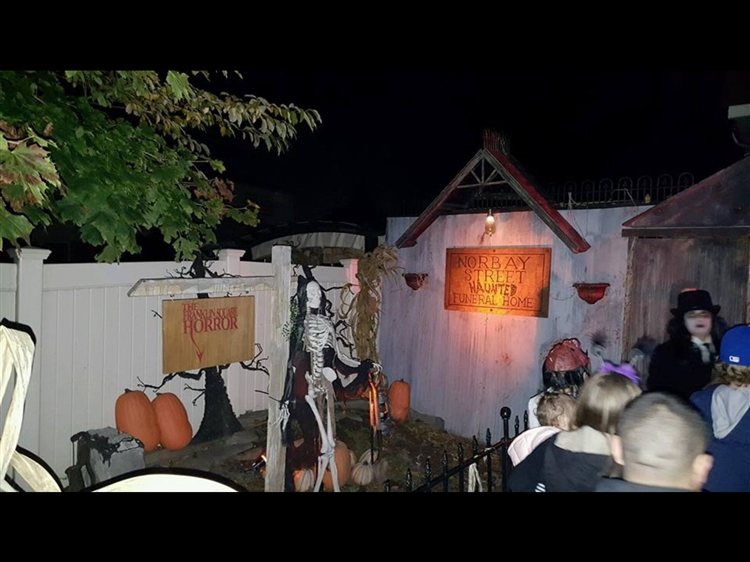 Does Joe Allocco's The Franklin Square Horror's property have any real haunted history? Do you have a spooky encounter you'd like to share?

I was told by a neighbor who passed away a few years back, that many years before I moved into the house, there was a suicide. Someone hung themselves on the giant pine tree I had on the side of my house exactly where the entrance into my Haunt starts. I took the tree down and upon doing so started a weird chain of events inside my home, such as lights flickering on and off, keys always missing, televisions going on and off in the middle of the night and weird glowing orbs that appear and disappear in my son's room every once in a while.

What inspired you to open up a haunted attraction? What's your favorite part of the business?

I don't do it for money, I do it for a good cause and for the love I have for Halloween and the art of creeping people out on the best night of the year!

Yes. Every year I add another item or two to the Haunt. From talking skeletons to living portraits and rear projection free floating ghosts are among some of the new special effects I use.

We accommodate between 4 and 6 victims... ah, visitors at a time! 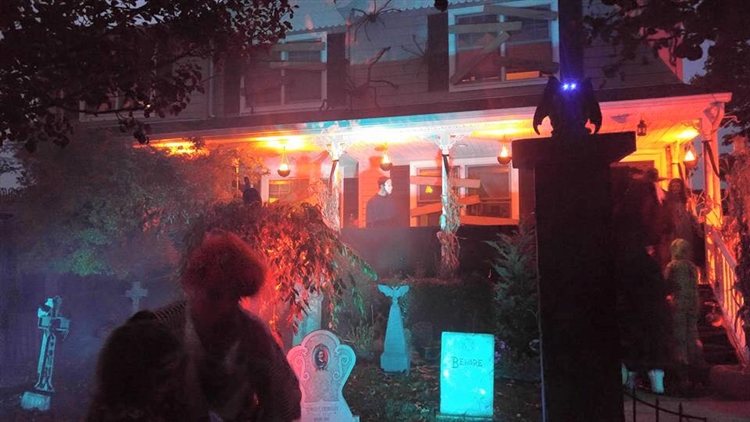 Every Halloween is a deal at my Haunt because I don't charge admission and I give free booklets out about the Franklin Square Horror, Fun Halloween Facts and a Certificate of Bravery... if you make it all the way through.

Anything else you'd like to let us know about Joe Allocco's The Franklin Square Horror?

2016 made 20 Years of FEAR at The Franklin Square Horror!